The Holy Monastery of the Holy Trinity is placed at one of the most impressive rocks of the Meteora.

Already since 1362, it has been an organised monastery and the catholic was built in 1456-1476. The present frescos were created by the brothers Antony,a priest, and Nicolas in 1741. At the narthex there have been frescos since 1692. 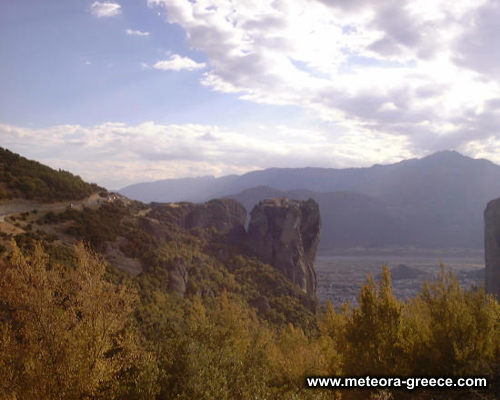 At the Holy Convent is the chapel of Holy Baptist, inside a carved rock with important frescos since 1682. The manuscripts of the Holy Monastery are kept in the sacristy of the Holy Monasteryof Saint Stephen.
The surface of the rock where the monastery is built, is about 6000m2 in extent. There are not concrete elements about its founder. According to historical sources it must have been built between 1458 and 1476. We don’t know yet if the information according to which the monk Dometius is the first founder in 1438, is true. We have no information about this monk. It is possible that the first hermits built here constructions to live as it happened on other rocks of the Meteora at the beginning of the 14th century.

In the old days monks and pilgrims reached the monastery with the help of a rope-ladder and the traditional net. In 1925, when Nicandros Stathopoulos was the abbot of the monastery, 140 steps were hewed on the rock and they lead the visitors to the monastery after they have passed a narrow path at the bottom of the rock. Nowadays, there is also a funicular for carrying products and materials.
In the old days, as the Holy Trinity Monastery was the centre of the monastic community, it had the most monks. These days 7-8 monks (15 in the cells and in the monastery dependency) lived here. Today only 4 monks live in it. Its abbot is the archimandrite Chrysostom Tetsios. 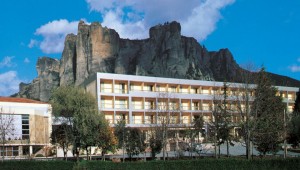 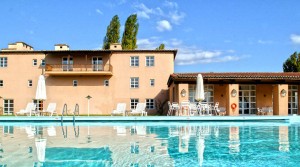 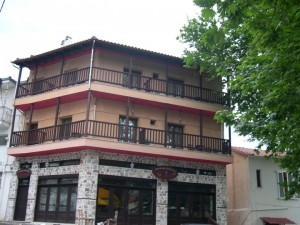 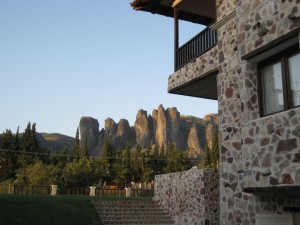 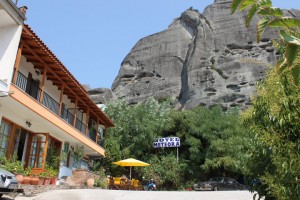 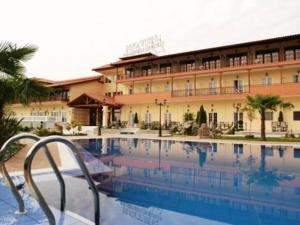